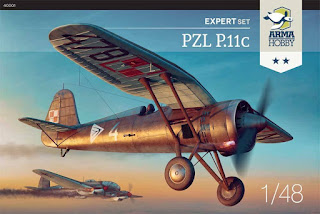 The first Arma Hobby model in 1/48 scale. Expert Set with accessories and four marking variants. The model will be available for shipment in January 2021. 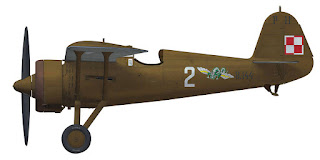 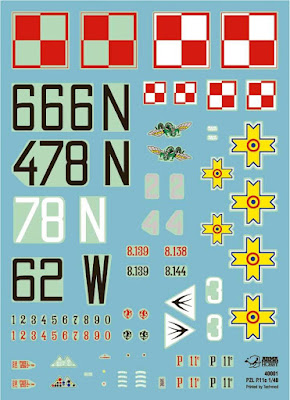 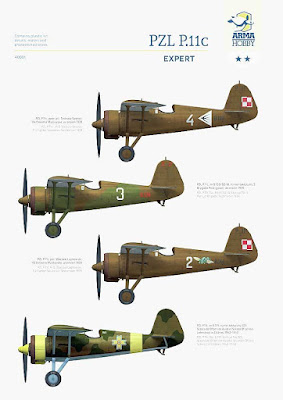 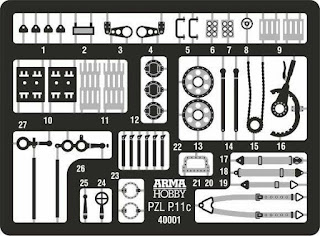 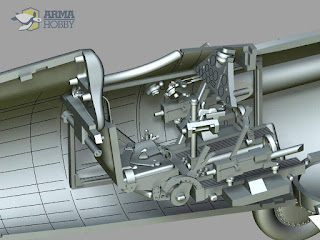 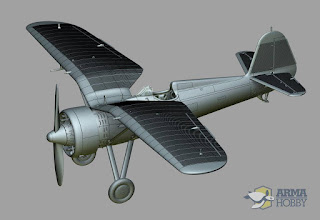 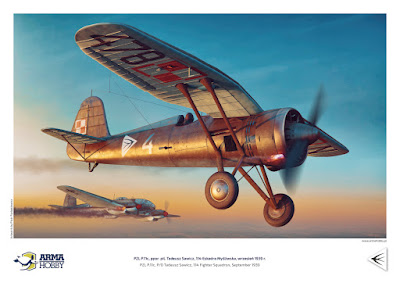 Arma Hobby is a brand distributed by AMMO.
AMMO – Arma Hobby*
Images are from Arma Hobby website.
NOTE: Bold text with * indicates a link.
The PZL P.11 was designed by Zygmunt Pulawski and built by the firm Państwowe Zaklady Lotnicze (P.Z.L.). It was in service with the Polish air force from 1935 until the end of the invasion of Poland in 1939.
The P.11c would be the principal (and final) variant of the type to be inducted into the Polish Air Force. First reaching fighter squadrons during late 1935, it featured the adoption of a new, refined fuselage, a major change of which being the relocation of the engine to be 13 cm lower down in the aircraft's nose, which had the advantage of providing the pilot with an improved exterior view. Besides, a new stronger engine Mercury V S2 had smaller diameter. Forward framework was longer, covering an enlarged and more comfortable cockpit, with pilot's seat moved 30 cm rearwards and raised by 5 cm. The central part of the wings was also modified. During 1934, production of the P.11c commenced, by 1936, the type was being produced at a rate of 25 fighters per month; in total, 150 aircraft were produced by the end of production in 1936 (older sources quoted a number of 175, which is not confirmed in any documents). The first series of approximately 50 P.11c aircraft were fitted with Mercury V S2 of 600 hp (447 kW), the rest with Mercury VI S2 of 630 hp (470 kW). (Source: Wikipedia).
This is the sole surviving fighter from the Polish Air Force of 1939. The P.11c was the main production variant of the 325 built. Polish serial '8.63'. c/n 562. It is now on display taking pride of place in the new entrance building at the Muzeum Lotnictwa Polskiego. Krakow, Poland. (Wikimedia - Creative Commons). 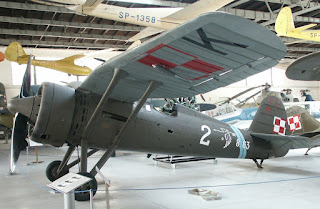 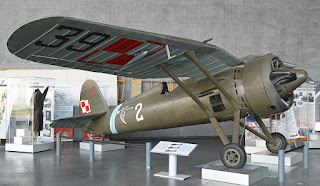 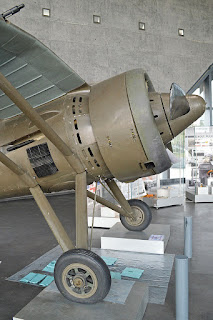