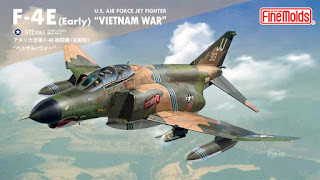 Rebox with new parts. This kit to released in February 2021.

Reproduce the F-4E (early model) during the Vietnam War and the Southeast Asian (SEA) camouflage aircraft.

The tip shape of the nose Vulcan cannon and RHAW antenna on the vertical stabilizer are supported by additional parts. The canopy can be opened and closed. The closed canopy is a separate part. The horizontal stabilizer is designed so that the mounting angle can be easily and accurately fixed. The heat-resistant plate on the tail is a separate part. Can be assembled after painting. 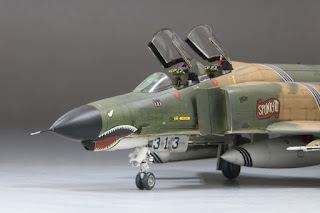 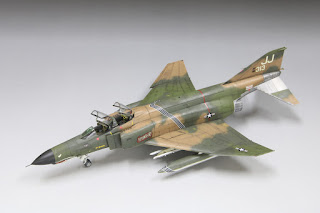 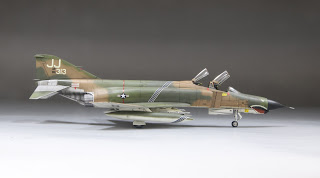 Fine Molds is a brand distributed by AMMO.
AMMO – Fine Molds*
Images and texts are from Fine Molds website.
NOTE: Bold text with * indicates a link.
The McDonnell Douglas F-4 Phantom II is a tandem two-seat, twin-engine, all-weather, long-range supersonic jet interceptor and fighter-bomber originally developed for the United States Navy by McDonnell Aircraft. It first entered service in 1961 with the Navy. Proving highly adaptable, it was also adopted by the United States Marine Corps and the United States Air Force, and by the mid-1960s had become a major part of their air arms.
The F-4 was used extensively during the Vietnam War. It served as the principal air superiority fighter for the U.S. Air Force, Navy, and Marine Corps and became important in the ground-attack and aerial reconnaissance roles late in the war. During the Vietnam War, one U.S. Air Force pilot, two weapon systems officers (WSOs), one U.S. Navy pilot and one radar intercept officer (RIO) became aces by achieving five aerial kills against enemy fighter aircraft. (Source: Wikipedia). 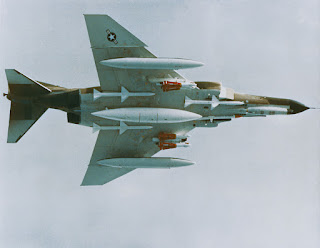 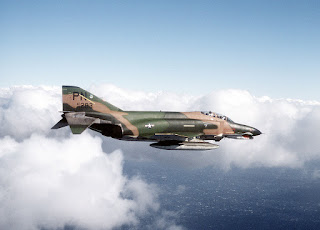 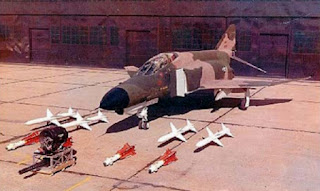 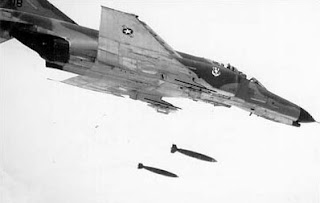 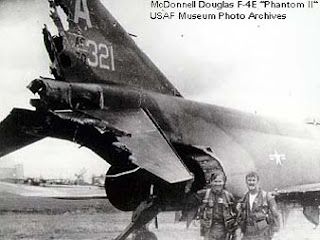 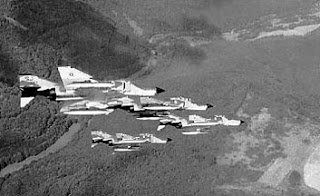 All the pics are from Wikimedia - U.S. Air Force - public domain.