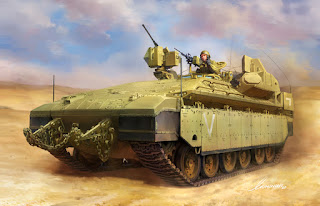 This kit can be built as a Namer heavy APC late version, or a command version or a version with the Trophy active protection system. 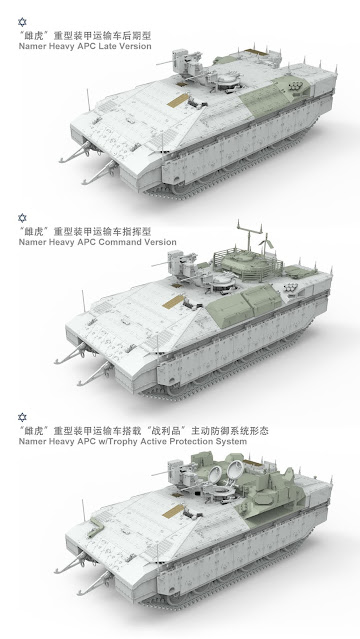 Images are from Meng website.
NOTE: Bold  text with * indicates a link.
The Namer (leopard in Hebrew) is an Israeli heavy Infantry fighting vehicle based on the Merkava Mk. IV tank. It entered service with the Israel Defense Forces (IDF) in the summer of 2008. (Source: Wikipedia).