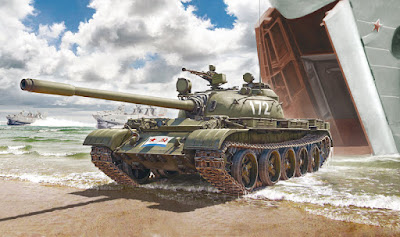 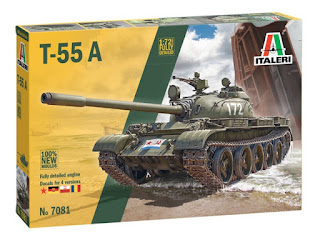 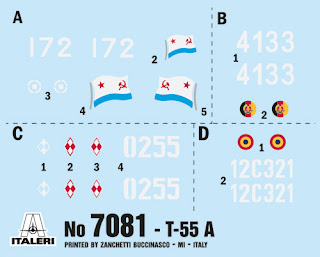 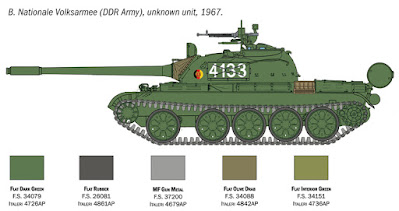 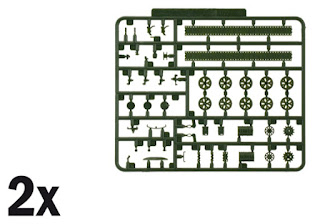 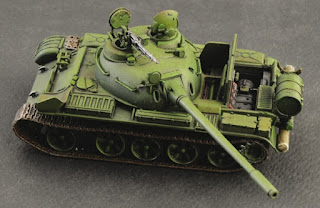 Images are from Italeri website.
NOTE: Bold text with * indicates a link.
The T-54 and T-55 were tanks designed in the Soviet Union, direct descendants of the T-34. The first prototype of the T-54 was built at the end of 1945 and went into production in 1947. After a series of major modifications the T-54 was renamed T-55 in 1955. These tanks were exported to more than 50 countries, produced and continuously improved until 1979.
It was the standard battle tank for the armoured units of the Red Army, the Warsaw Pact and other armies until the appearance of the T-62, with which it lived until it was replaced by the T-64 and T-72.
The main armament was the D-10T 100 mm gun.
The T-55A version (Obyekt 155A) appears in 1963 and were produced into 1981 due to the lackluster response of the newer T-62 in sales and performance. A new anti-radiation lining was introduced as well as an improved NBC suite. The SG MT series 7.62mm coaxial machine gun was superseded by the newer PKT series system while the bow-mounted machine gun was given up in favor of carrying an additional six more 100mm projectiles. It was not until 1970 that the loader's 12.7mm DShK anti-aircraft machine gun was brought back into the fold. (Source - Wikipedia and tanks-encyclopedia.com).